On a trip to Europe with my mom in 1993 I picked up this lovely Snow White and the Seven Dwarfs water game from a gift shop. Sadly we didn't make it to the Euro Disney Resort, which had just opened the year before, but Euro Disney merchandise could be found in stores. The Euro Disney Resort was renamed Disneyland Paris in 1994. 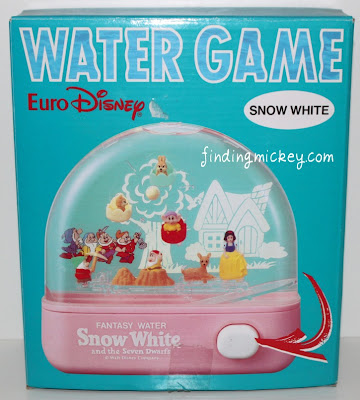 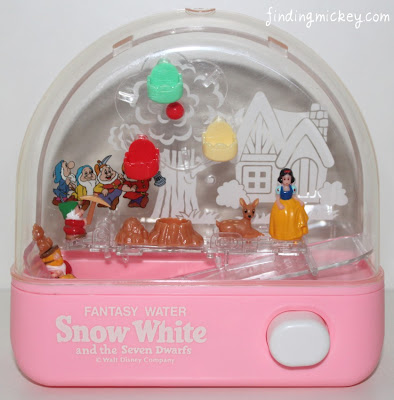 On June 3, 2011 Star Tours 2.0 "The Adventures Continue" celebrated its grand opening at Disneyland. I am currently pregnant and won't be able to ride until next year, but I hear great things from friends and family. I can't wait to give the Starspeeder a spin!

In the meantime I can enjoy my vintage plush Ewoks. This first Ewok is from the 80's. It's missing it's hang tag, but tush tag is still intact. I purchased it from a second hand toy store for $5. This second Ewok is dated 1991. I purchased it in Disneyland at The Star Trader. This store still sells Ewoks (they look the same as this one) and many other Star Wars and Star Tours toys and collectibles! Throughout Donald's history he has been given three different birth dates. According to the Disney canon Donald's official birthday is June 9, 1934 (the day he debuted in The Wise Little Hen). In The Three Caballeros (1944) his birthday is "Friday the 13th" and the reason for all his bad luck. In Donald's Happy Birthday short (1949) his birthday is given as March 13. Posted by Rosemary at 9:03 PM No comments:

Here are two of seven books in the series "Books for Boys and Girls" by A. A. Milne. Both are cloth cover, dated 1961 with illustrations by E. H. Shepard. I paid $1 each at a local swap meet for these charming, vintage books!
In 1961 Disney acquired the licensing rights to produce merchandise and motion pictures based on Winnie-the-Pooh.
Christopher Robin Milne's original bear, which inspired his father to create Winnie-the-Pooh, is currently on display at the Children's Center, Stephen A. Schwarzman Building, New York Public Library. Here is a lovely 1940's Snow White flour bag we have hanging in our kitchen. It is by Master Baker Flour Mills, Vancouver, B.C. I bought it on eBay last year for $6. I fell in love with the writing and image on the bag! No Hipstamatic here. These are the real deal! Photos of me at Disneyland in 1979 and again in 1983 for Mickey's 55th birthday party! I cherish these memories. My grandparents are no longer with us, and I miss them dearly! Welcome to the Finding Mickey Archives

Welcome to the Finding Mickey Archives! Like the Walt Disney Archives, this is a place for us to document our Disneyana and share our love of vintage Disneyland. I frequent eBay, estate and garage sales, thrift shops, etc. looking for bits of history. Acquiring any Disneyana is such a thrill!

We go to Disneyland Resort often, but we also love to visit Disney related places outside the parks like Walt's Barn at Griffith Park, the Walt Disney Studios in Burbank and the Walt Disney Family Museum in San Fransisco.

We have lots of stories and pictures to share... stay tuned! ºoº
Posted by Rosemary at 8:00 PM No comments:

This is a Flickr badge showing public photos and videos from finding mickey. Make your own badge here.